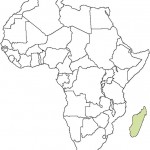 Madagascar is located in the indian Ocean, separated from Africa by the broad Mozambique channel, and crossed by the Capricorn tropic in its southern part, close to Toleara (formerly Tulear). The island is thus located in a tropical climate and stretches over 1500 km from north to south, its width reaching almost 600 km.

Its landscapes are quite diverse and one can find there :

Many streams are born from the central range, in particular the Mananje, Betsiboka and the Fiheranna all ending in the Mozambique channel, while the Lokoho, Simiana, Mangoro and Mananara rives, much shorter, reach the indian Ocean to the west. 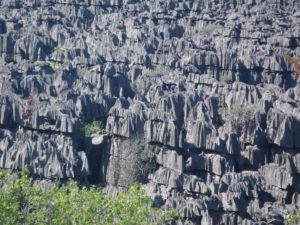 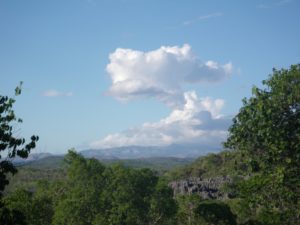 The island is thus separated in  two areas distinct by their elevation, a separation also reflected roughly by geology :

As for the geology, the climate is quite diverse : Madagascar is located between the equatorial lows in the North, and the Indian Ocean anticyclone southwestwards. The alizé winds rule the East and monsoons the North-west. As a general rule, the austral winter from april to october is rather cool and dry, whilst the summer from november to march is warm and humid. However, the insular effect, the dissymetric landscape and the lenght of the island determine several climatic areas :

Torn apart from the continent for more than 50 million years, the island followed evolution processes on its own. Thus, most of the flora an fauna is endemic. Madagascar represents an unique haven for fauna and flora. Un fortunately, the malagasies have to face drastic poverty an their way of life, especially their need for fuelwood,  sets the forest  and wildlife under threat. Very few of the original malagasy forest still remains.

One can make out : 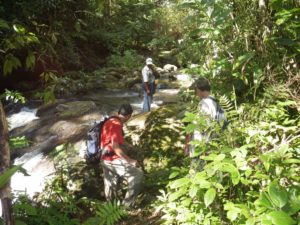 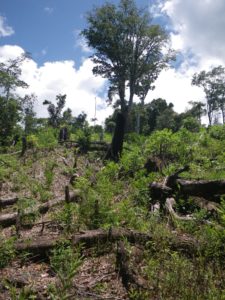 The begonias of Madagascar : As can be noticed easily, Madagascar does not form one but many biotopes. The begonias of Madagascar can be encountered from sea level to an elevation of 1800 m approximatively. They can be found on almost any type of soils in the island.Apart from the North and the East, they endure a dry season that may be very constraining as in the West, where they enter dormancy. A great number of them are tuberous. The wet season marks the beginning of the new growth with a flowering period at its end and seed setting at the beginning of the new dry season. 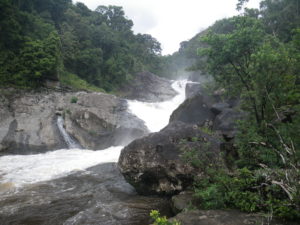 The Madagascar flora is one of the more profuse in the world with 80% endemic* plants. Some Madagascar Begonia species grow in the whole of tropical Africa but many ones grow only to Madagascar. We are seeing an very close endemism, often  limited at a forest, a range, a cliff or a river, especially on the east coast.

The Monique Keraudren-Aymonin flora (1983) describes about fifty Begonia species from Madagascar and the islands close to Madagascar (La Réunion, Maurice, Seychelles, Comores). Some ones are a bit known. Other species were discovered since some years ago, in particular by Henri Laporte, explorer, collector and begonias grower. With eleven expéditions to Madagascar, Henri met many new species. Sure, there are still many ones to discover.

To Madagascar, we can see begonias :

The plants of these two sections are often small tuberous ones ; they grow on rocks near streams in the north and east of Madagascar .

Other ones are climbing ones, rhizomatous or sarmentous with persistant leaves, in east rain forests.

These plants are tuberous or rhizomatous and grow  in decdeou*s forests  in west,, in limestone Tsingy , near the streams in north ;  they lost leaves and stems just before the dry season.

These bégonias are often high ones, on tall stems, in west of Madagascar ; leaves fall before the dry season and so, only stems are visible.