Begonias are intertropical plants , wich means they grow between the tropic of Cancer, north of the Equator, and its southern neigbour, the tropic of Capricorn. Most often, the climate of these areas is  hot, however begonia’s habitats are as diverse as are the forms of those poorly known plants. Yet they have a liking for uneven forest areas. 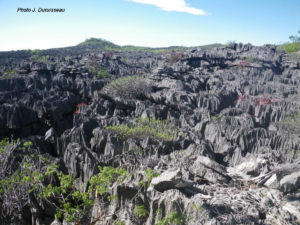 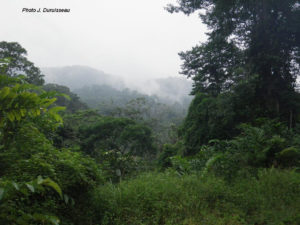 Most begonias are met in rain forests where  they benefit of high hygrometry, due to abundant rainfall. They are also found along streams or close to waterfalls : for instance in equatorial Africa (Gulf of Guinea, Congo’s basin, down to Angola and the great eastern lakes), on the eastern coast of Madagascar, throughout southeastern Asia (Yunnan, Vietnam, Myanmar, Malaysia, Indonesia, Phillipines), in the montane forests of Borneo and Papuasia- New Guinea as well as  the mexican forests, throughout central America and the guyana plateau (Guyana, french Guiana, Surinam,Venezuela), the North-East of South America (Ecuador, Peru, Colombia) and Brazil (surroundings of the amazonian basin, Mata Atlantica). In these areas, begonias are found on the litter, as vines, trailing or climbing-scandent, most often as rhizomatous plants, frequently lithophytes (growing on rocks, wich may be of limestone ore any other origin). Here there is a very limited dry season or no dry season at all, and the begonias show a  nearly continuous growth.

Some of our favorite plants grow at high elevations (up to 2500 meters) in much more sunny spots; in these places, they are exposed to a « cool » season wich expresses as a  constraining,long, dry period. The begonias to be encountered there often show a tuberous habit (all the aerial part dissapearing during the dry season), or may also be shrubby or even rhizomatous, both forms shedding their leaves and leaving bare axes. So are the begonias of the andine foothills of Ecuador, Peru, Bolivia and Argentina, as well as those of the himalayan foothills of India, Nepal, Sikkim and China. These plants often grow in rocky areas : the tuber is firmly gripped to the rock or wedged in its crevasses  and only the leafy stalks emerge. Some of them even thrive in full sun !

Finally, others are encountered in « intermediate » areas contituted of dry or deciduous* forests (*where the trees shed their leaves during the dry season); these regions are generally much hotter than the equatorial areas. These are the forests of the north-western Madagascar, of India, central Brasil and south Africa, here the begonias also stop growing during the dry season.

All begonias, as well as many plants, take profit of the dry season, to set fruit and thus produce seeds, as well as to store nutrients in their rhizome or tuber. If some are very broadly distributed (for instance, Begonia hirtella grows almost anywhere in the tropical area, and Begonia oxyloba is to be found troughout tropical Africa), some have a more restricted distribution. Some regions as for instance Madagascar show an extremely high level of endemism, meaning that many different species may be encoutered in adjacent valleys. 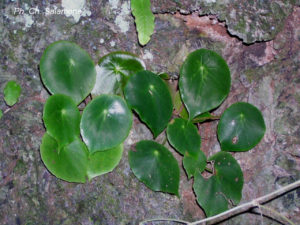 As you may well have guessed, the ever-lasting deforestation, severely impacts begonias and many species have dissapeared to this day.

In order to better understand begonias and their distribution, you will find below a description of their biotopes sorted by continent.